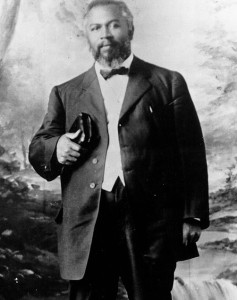 During early February 1906, William J. Seymour receives an invitation from Mrs. Julia W. Hutchins to serve as pastor of the Holiness Church congregation she has founded in Los Angeles, California. His teacher Charles Parham tries to talk Seymour out of accepting the call, but relents when Seymour persists. Seymour leaves Houston, Texas, before he has finished his course of study and before he has been baptized in the Holy Spirit. During this time in Los Angeles, a few Christian leaders were interested in praying to the Holy Spirit. These leaders included Julia W. Hitchins and pastor Joseph Smale, who had been asked to leave the First Baptist Church of Los Angeles due to this spiritual interest. Pastor Smale founded the new First New Testiment Church while Hutchins and Seymour founded the Azusa Street Revival. These leaders became important colleagues and together significantly influenced the development of the Pentecostal movement.