Azusa Street is located in the Little Tokyo area of Downtown Los Angeles. The project vision is to utilize the existing wall that lies between the south side of Azusa Street and the Noguchi Plaza, part of the Japanese American Cultural and Community Center (JACCC), and create a monument.
Etchings and panel reliefs will be used to transform the wall into a memorial that brings the Azusa Street Revival to life and sets it within the larger context of the history and development of the Los Angeles area and Little Tokyo.

The Wall Project is being developed by renowned muralist Judy Baca. Judy is an American Chicana artist, activist, and University of California, Los Angeles professor of Chicana/o Studies in the School of Social Sciences and a professor of World Arts and Cultures in the School of Art and Architecture. She is the co-founder and artistic director of the Venice, California-based Social and Public Art Resource Center (SPARC), a community arts center, and is best known as the director of the mural project that created one of the largest murals in the world, the Great Wall of Los Angeles.

The Wall Project will feature a series of interactive etchings and panel reliefs that will bring the Azusa Street Revival to life and set it within the larger context of the history and development of the Los Angeles area and Little Tokyo. 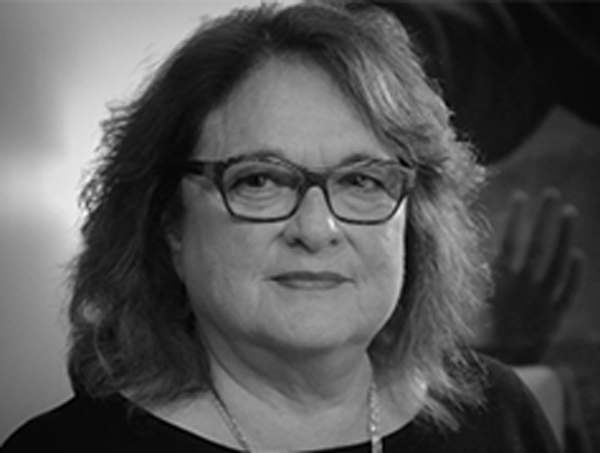 “We have an opportunity to tell the whole and diverse story of Los Angeles, which is truly a city of multi-ethnic people.”

Augmented Reality can transform the Wall into a virtual museum. Through the download of an app users will be able to point their smartphones at various images and icons on the wall giving them access to video, pictures, articles or other media about the Azusa Street Revival and other elements of the events and seasons depicted in the wall panels.

On the cusp of cityhood in 1849, the roads, plots of land, fences, the river and the Zanja Madre of El Pueblo de Los Angeles were inked into memory. The Zanja Madre, meaning Mother Ditch, was the first attempt to control the wild Los Angeles river. The settlers of El Pueblo de la Reina de Los Angeles created the open, earthen ditch within a month of settling the area to divert the river water to the center of town, on present-day Olvera Street. As the town attracted more settlers and developed more agricultural fields, the demand for water grew as faster than the Zanja Madre could provide. Brick and mortar were used in 1884 to make the Zanja Madre keep up with the settlers, as if cementing the ditch would make the water flow faster, better, greater. However by the early 1900s when the population had doubled to over 100,000 residents within ten years, the settlers understood the futility of their actions. Floods continually wrecked the Zanja Madre’s waterwheel, the demand for water could not be satiated and so the city leaders retreated the town’s dependence on the Zanja Madre and searched for another source. In 1908, the city began construction on their solution, the Los Angeles Aqueduct system, and William Mulholland leads the path as chief engineer to force water along a 233 miles journey south from the Owens River to the city of Los Angeles in an open concrete canal. Over $20 million dollars poured into the creation of this concrete waterway and the Los Angeles Aqueduct opened in 1913.

During this time, the Los Angeles River continued to be as it always had. Powerful, unpredictable floods continued to damage the man-made structures and agricultural fields. After the flood of 1938 took over 100 lives, the citizens demanded for the river to be under greater control. With time, the solution again used concrete. The life of the river was cut off for nine months in the 1950s and then reopened under the city’s terms. As a result, the river became entombed and useless for the people. The life source of the land became drained from its purpose so others may profit and feel safe within an artificial landscape.

Rev. William Seymour in Front of the Church

Biddy Mason was Los Angeles’s first philanthropist. Born a slave on a Mississippi plantation in 1818, Mason’s life was fraught with hardships, but her driven spirit led to gaining her freedom and relocating to Los Angeles in 1856. Within ten years of working as a midwife, Mason saved enough money to purchase property on Spring Street for $250, thereby becoming one of the first African-American women to own land in Los Angeles. Mason sold part of the property in 1884 for $1,500, and over the years, her wise business and real estate transactions enabled her to accumulate a fortune of almost $300,000. Becoming the first philanthropist in Los Angeles, Mason gave generously to charities, visited jail inmates, and provided food and shelter for the poor of all races. Her faith fueled her philanthropy, and within one of her properties, 312 Azusa Street, a global spiritual movement began.

In April of 1906, African American preacher William J. Seymour preached his first sermon at 312 Azusa Street and the Azusa Street Revival began. From 1906 to 1909 at this site, Seymour preached peaceful co-existence and charismata (gifts of the Spirit), giving birth to the Pentecostal movement which currently has over 500 million followers worldwide. In addition, Mason’s generosity gave birth to the church now called the First African Methodist Episcopal Church. Beginning as a bible study at Mason’s home on Spring Street in 1872, the congregation continued to grow and relocated within downtown Los Angeles, using 312 Azusa Street from 1872 to 1888 and currently located seven miles away at 2270 South Harvard Boulevard. First African Methodist Episcopal Church has continued Mason’s mission, being the “first to serve” and providing social services to downtown communities.

During the 1930s, tens of thousands, and possibly more than 400,000, Mexicans and Mexican-Americans were pressured — through raids and job denials — to leave the United States during the Depression after the stock market crashed in 1929. This deportation was enforced without due process. Officials staged well-publicized raids in public places. For example, on Feb. 26, 1931, immigration officials suddenly closed off La Placita, a square near Olvera Street and about 1.4 miles north of Azusa Street, and questioned the roughly 400 people there about their legal status. With time, Mexican-Americans were granted repatriation, but in the 1940s with the outbreak of the Pacific War, all people of Japanese descent living on the West Coast were removed from their homes, had their properties and businesses seized, and incarcerated. Half a mile from Azusa Street, the Nishi Hongwanji Buddhist Temple in Little Tokyo became a roundup point for the Japanese Americans who were sent to “assembly centers.” From March to August in 1942, over 92,000 Japanese-Americans were booked at these “assembly centers” and transported to internment camps. These two travesties share two common themes. First, their cultural meeting spaces were used against them, defiling the peaceful, community-building activities which take place at La Placita and Little Tokyo. And secondly, the train became a recurrent force of removal, as both groups were forcibly relocated and stripped of their rights by the symbol of mobility, progress and development.

On December 8, 2012 at the corner of Azusa Street and San Pedro Avenue, a ceremony to remember united the Japanese Americans, Azusa Street Pentecostals, Skid Row, and Native Americans communities.  The last remaining citrus tree from the old agricultural fields had passed away in 2006 at the ripe age of 125 years old due to an accident in the bustling downtown streets.  The tree was beloved by the local community, who still ate its fruit; and in the tree’s passing, the community came together.  To commemorate the tree that several communities cherished, a new tree was planted in its place through a planting ceremony. Inviting everyone to participate by adding a scoop of soil to the newly planted grapefruit tree, the community recommitted to the tradition of natural landmarks: to allow a new tree to be witness to the growing city and to come together in the spirit of peaceful coexistence under the tree’s shade.